How applicable is Diamond's Framework to a modern case of collapse?

﻿The misery of Yugoslavia has been borne by civilians, the bulk of them Moslems, but many Croats and Serbs as well. The regional leaders, still wallowing in the mire of political power, appear impervious to the concept of personal responsibility and morality. They are unlikely to learn many fundamental lessons from their experiences of the past five years. But Western Europe, Russia, and the United States must learn the lessons of their first great crisis in post-communist Europe. It may, of course, not yet be over. But we must hope that it is. For if the past five years are anything to go by, the future of Europe is anything but safe."  Misha Glenny​, pg. 293

An assessment of the environmental problems of East Central Europe discussed the damages caused by increased industrialization and urbanization as a result of Yugoslavia’s growing economy prior to its collapse. According to the study, the constituent territories prior to 1945 were “underdeveloped and primarily agricultural” (Kabala, 323). However, economic growth beginning in the 1950s increased dramatically. This was a result of increased energy usage (which is an important factor in examining the effects of human activity on the environment) and intensive industrialization and agricultural production (Kabala, 326-328).

Human impacts on the environment in Yugoslavia during the 1980s were considerable in more urban areas due to population growth at the time; however, there was little evidence to suggest this was a factor that precipitated the collapse of the SFRY (Kabala, 328-329). This was demonstrated in a study published in 1988 by Stanley J. Kabala that compared the impact of economic growth on the environment of Yugoslavia to its European counterparts. Kabala evaluated air pollution, forest deterioration, water quality, energy consumption & conservation to twelve other neighboring countries. Interestingly, he concluded that Yugoslavia had “avoided extreme environmental deterioration” that was “typical of western societies” (Kabala, 329). These results indicate that although there were growing concerns for the impact of Yugoslavia’s growing consumption of energy and materials, human environmental damage was not a contributing factor to its collapse.

Sonja Andrija offers a description for the climate of the SFRY:  “Yugoslavia lies in the southern half of the northern temperate zone, but the climate of its mountains, interior plain, and seacoast varies dramatically according to elevation, prevailing winds, and distance from the sea” (Andrija, 1985).

There was no record of natural disasters or drastic climate change between 1980 and 1992 in the region that comprises (former) Yugoslavia. However, several regions experienced seismic activity in previous years. For instance, Macedonia (one of the constituent republics of former Yugoslavia) suffered from a catastrophic earthquake in 1963 and still remains vulnerable to future seismic activity. 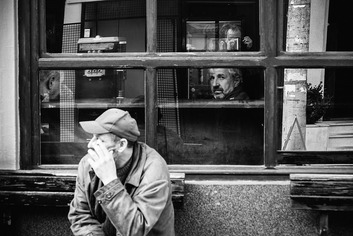 The socio-political and economic relationships between Yugoslavia and its neighbors are extremely complicated and there is much literature available that seeks to explain these intricacies. One such endeavor was taken on by Misha Glenny in his book The Fall of Yugoslavia, published in 1992. Glenny was present during most of the Yugoslavian collapse as the Central European correspondent for BBC and offers insight into the geopolitical issues occurring at the time. In particular, relationships with neighboring nations of the SFRY seem to have played a major role in the disintegration of the constituent republics of Slovenia, Croatia, Bosnia-Herzegovina, Serbia, Macedonia, and Montenegro.
​
Historical evidence suggests that the SFRY had conflict with several of its neighbors, including Greece, Bulgaria, Albania, and the Soviet Union (Huntington, 22-23). Much of this friction was associated with rising nationalistic sentiment all across the Balkan countries during the 1980s (Roudometof & Robertson, 2001). These tense relations came boiling to the surface in April of 1981 when minority Albanian groups within Kosovo (a province within Yugoslavia) began protesting and called for succession from the SFRY. And according to Glenny, this conflict marked the beginning of the civil war which lead to the fall of Yugoslavia.

The fifth factor in the Five-Point Framework was clearly applicable to the collapse of the SFRY. In the final chapter of Misha Glenny’s book he states, “No East European country has demonstrated quite so clearly as the former Yugoslavia the dangers which were inherent but largely unrecognized in the process of democratization” (Glenny, 235). In his account, the blatant dismissal of the impending issues that would end the SFRY were ignored.
​
Economic unrest, increased threat to national security, and conflicting cultural values converged in the mid-1980s resulting in genocide and war. But Glenny also held world leaders responsible for their neglect of the fragile situation in the Balkans. “Western Europe and the United States appeared unwilling to recognize that Yugoslavia was disintegrating and that the presidents of its six constituent republics were never remotely capable of regulating this process in a peaceful manner.”

DOES DIAMOND'S FRAMEWORK APPLY TO YUGOSLAVIA?

War between the Slovenes, Serbs, Croats, Bosnians, Montenegrins, and Macedonians has been a part of this region's history for quite some time, and it persisted in the 1980s up to the 1990s. The Five-Point Framework was found to be less applicable to the case of Yugoslavia because it primarily focuses on the impact on the environment. However, that is not to say that Diamond did not offer insights into why past societies (like the Maya) had fallen. Indeed, Diamond's framework was useful in its attempt to explain what factors are present in many cases of collapse, but perhaps requires some more emphasis on socio-political issues as well.
Photo used under Creative Commons from @Tuncay, sundeviljeff